Bad breath? Gum bleeding? Teeth loosening or falling out? All these symptoms imply a serious condition affecting the tissues surrounding the teeth and the bone supporting them. Also known as gum disease, its more serious form is named Periodontitis, and Periodontology encompasses all screening techniques and treatments to prevent and cure this disease.

Periodontal diseases quite often go unnoticed and then evolve rapidly with age, stress, hormonal imbalance, tobacco consumption, but also during pregnancy or as a side-effect of diabetes.

Although Periodontitis has hereditary traits, the loss of teeth is no longer inevitable! A simple bacteriological test performed in our dental office allows for a periodontitis diagnosis to be made.

During the early stages, a superficial periodontitis can easily be cured. However, if the gums and bone are affected at the deeper level, a periodontal disease will require a longer and more specialised teeth-cleaning treatment.

In some cases, periodontitis may evolve in a very insidious way without any major symptoms showing up, hence the necessity to perform a full periodontological check-up with a careful examination of the mouth and gums, in addition to a bacteriological test.

Periodontitis is an infectious disease, bacteria accumulate at the junction between teeth and gums and cause an infection called gingivitis, which also comes with toothache. If this inflammation is not treated, it will make it easier for bacteria to progress more aggressively, which will cause bone destruction and tooth loosening.

All forms of periodontitis are the result of an imbalance between the oral flora and the immune system. Before recent breakthrough on periodontal diseases, periodontitis were assimilated with bad hygiene. Whilst hygiene plays a very important role in the development of periodontal diseases, we have discovered over the past 15 years that several bacteria are capable of triggering and empowering gum diseases. These periodontitis thrive on individuals with already diminished natural defences or following spells of physical or moral exhaustion (stress).

How to treat periodontitis?

The first periodontology treatment stage is to stop the infection. The tooth loosening and falling out process is kept in check by controlling the infection. Targeted care (brushing teeth twice a day), with or without antibiotics prescribed during the periodontal check-up, will establish the grounds to contain the infection.

Tooth scaling and root surfacing cannot be performed during the first appointment, because it would favour the spreading of aggressive bacteria through blood. After a few weeks of local treatment, your dental surgeon will be able to perform a first scaling and root planing and to start specific, non-surgical treatment of the periodontitis.

The first treatment stage allows for tissues to heal and for the mouth to regain a sufficient level of hygiene.

The second stage occurs approximately 3 to 6 weeks after the first treatment stage. A deeper decontamination of gums and dental roots will be performed, this process is also known as surfacing or periodontal lithotripsy. Surfacing involves removal of dental plaque and calculus and then smoothing of the exposed surfaces of the roots.

Surfacing and planing can be done using a non-surgical technique called debridement by transillumination, which also reinforces the periodontium. It generally takes two to four appointments, during which the patient undergoes pain-free procedures, and sometimes extra benign interventions for certain teeth if necessary.

At the end of the treatment, we’ll perform a new check-up to validate the results. Maintenance techniques will be recommended to preserve the attained results and to avoid the periodontitis from reoccurring.

In some extreme cases and after the tissues have healed, we may have to complete the treatment with surgical adjustments.

Recent scientific publications have shown that periodontitis plays a significant role in the aggravation of certain cardio-vascular diseases, but also increases the chances of premature birth and the likelihood to suffer from certain types of diabetes. 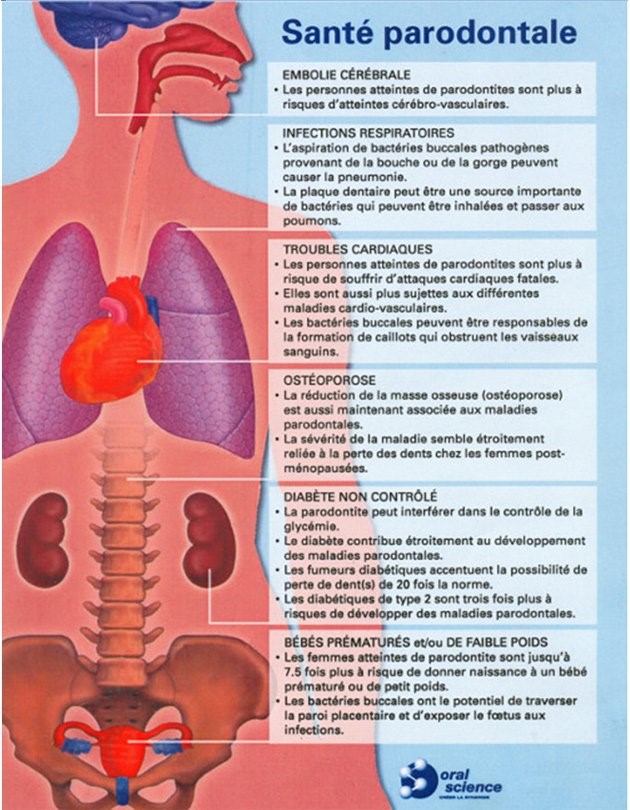 Periodontitis may have very damaging consequences for your health, even though we thought it was inevitable and with no real treatment just a few years ago…

Today, its diagnostic and treatment are perfectly mastered, with visible and durable results.

We invite you to request an appointment at our dental office for a first screening of eventual periodontal diseases.

Performance cookies are used to understand and analyze the key performance indexes of the website which helps in delivering a better user experience for the visitors.

Analytical cookies are used to understand how visitors interact with the website. These cookies help provide information on metrics the number of visitors, bounce rate, traffic source, etc.

Advertisement cookies are used to provide visitors with relevant ads and marketing campaigns. These cookies track visitors across websites and collect information to provide customized ads.

Other uncategorized cookies are those that are being analyzed and have not been classified into a category as yet.